Should You Go To Film School or Just Keep the Money?

To Go to Film School or Not: The Age-old Debate

This is one of those questions that gets asked over and over again on forums, in groups, on Reddit, during Q&As and anywhere else that questions can be asked.

“Should I go to film school?”

It’s an honest question, and here’s my answer.

The Power of Guidance

If anyone gives you a straight answer to this question, they have an agenda.

There are simply too many personal factors involved for anyone other than yourself to make this decision for you.

I know you wish there were some kind of magic Harry Potter sorting hat that would give you the answer with you having to put any thought into it, but unfortunately, that’s just not how it works.

Everyone is different and everyone learns differently. Some people thrive in a classroom environment while others are bored from it.

Some people like jumping into things feet first, unsupervised, and getting their hands dirty, and other people like to be taken through the steps by someone who has been there.

Only you know what’s best for you in that regard, but there’s one thing I do know for sure.

The common argument of, “just take the money you’d spend on school and put it toward a project” has never made sense to me.

Because, that statement assumes that you already have the skills, knowledge, connections, and experience to make something worthwhile.

This is the kind of attitude that has caused such a giant influx of bad to mediocre movies in the indie film space.

Before you spend thousands of dollars on a film that is going to be “your ticket in”, ask yourself – is my ego getting the best of me here?

Because chances are, without some solid skills, knowledge, and experience, the project that you will come out with will be less than the opus you projected in your mind.

You Don't Have to Go to Film School

The bottom line is, film school isn’t for everyone. But, I would urge you to partake in an avenue of learning in some way.

That could be taking online courses – there are some really great ones out there.

Or, it could be finding a mentor and shadowing them.

It could be reading a bunch of books on the subject or watching YouTube videos until your eyes bleed.

One of the big benefits of film school is the deadline factor. When you take physical classes at a school, there are assignments that have a set due date.

This time pressure forces you to take what you’ve learned and implement it in a real production setting.

But, if you are the only holding yourself accountable because you have chosen to learn independently, then you may miss out on the implementation part. (It’s really tempting to watch videos or read books and say, “Okay, I think I’ve got that down…” and then never put it into practice until there are real stakes involved.)

So, take the time to learn a few things, in school or otherwise. Don’t assume you know everything already. Get out there and practice.

There are so many great resources for people interested in learning different aspects of the film industry. Here’s a list of my favorites…

MZed was one of the first online learning platforms I came across for filmmakers. It still remains to be one of the best around, in my opinion.

Inside you will find in-depth video workshops on cinematography, color grading, editing, writing, and so-on.

Some of the workshops, like the ones created by the Arri Academy, offer a certification after you complete the course.

The main reason I like the courses put out by MZed is that they show practical demonstrations where real equipment is used to create high quality results, so you see first-hand how to create great shots or light a specific kind of scene.

Film Editing Pro is one of the few really good editing course providers out there.

Each course covers specific topics such as Action Editing, Editing the Trailer, and Editing Music.

This gives you a really great deep dive into the nuances of different styles and types of editing instead of getting just an all-around basic overview (though they do have a course for that too).

The videos inside the courses are meticulously created with great scripts, graphics, and examples so that you can really see the methods that they are demonstrating.

The courses are expensive, but offer monthly payment options to spread out the cost over time.

Keeping Busy with Filmmaking At Home
Lots of time and no...

A Quarantined Filmmaker
Without being able to go...

Brushing Up on Editing
I’ve always considered myself to... 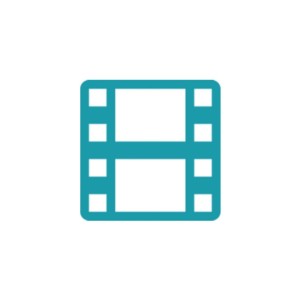